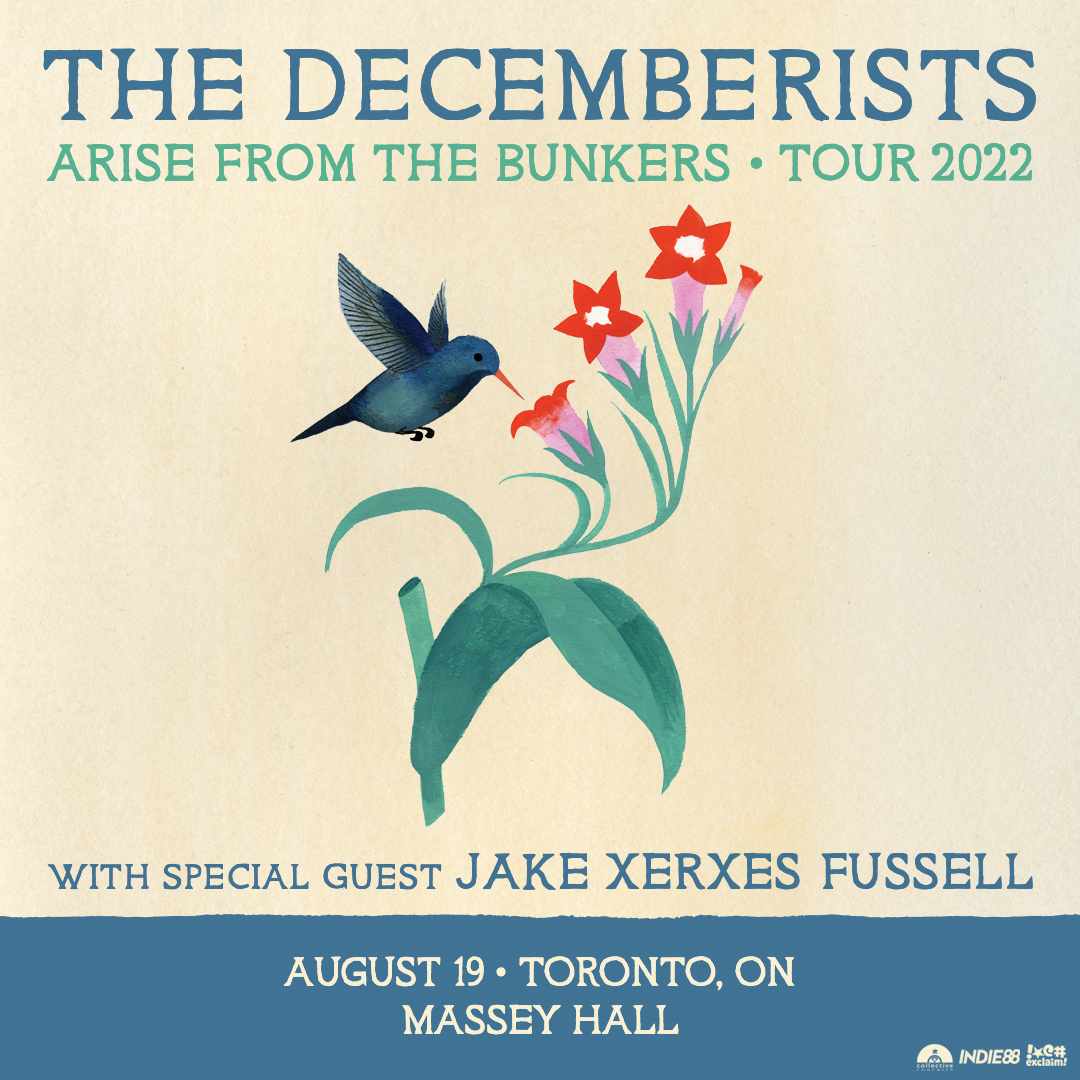 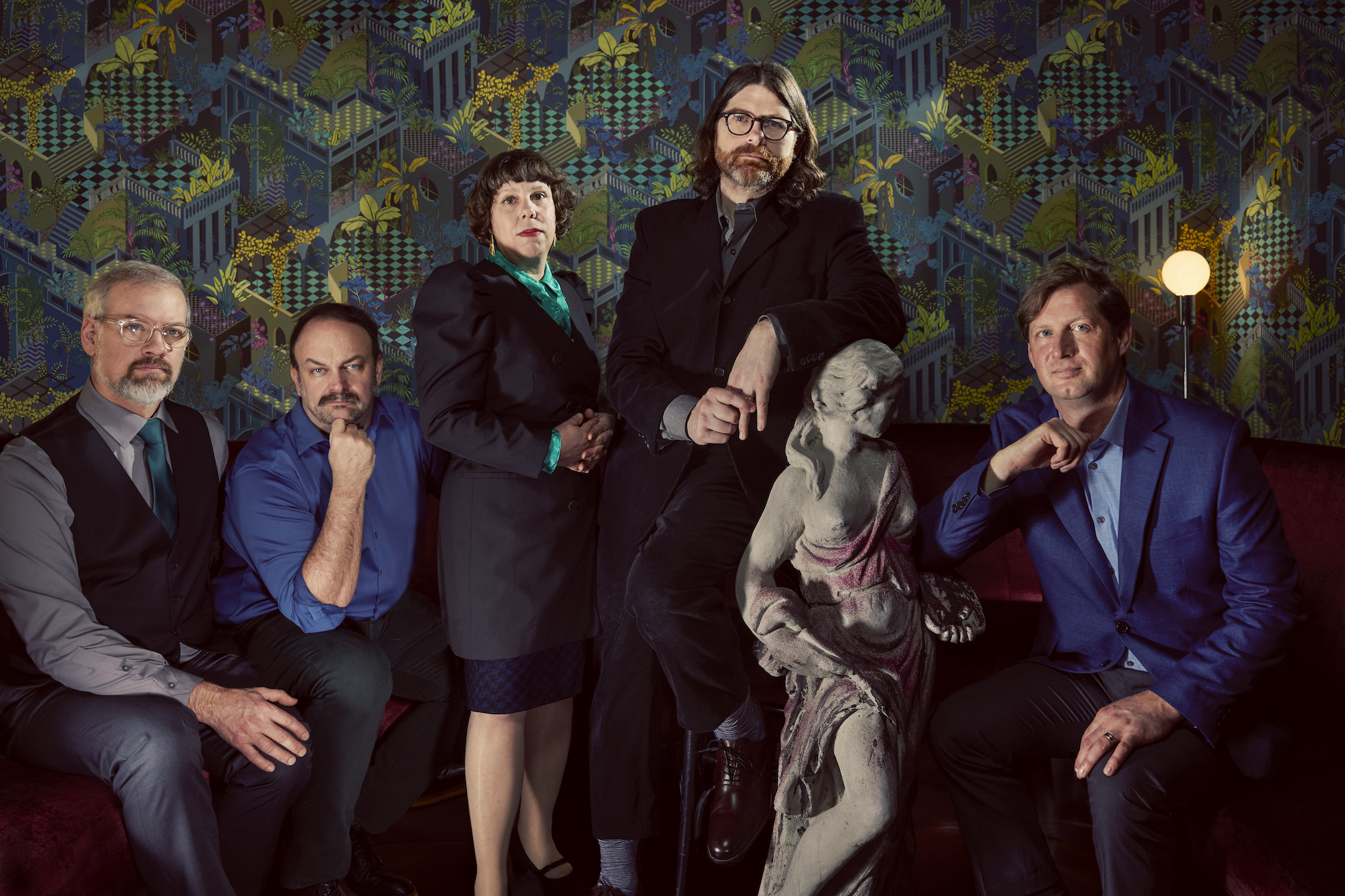 The Decemberists have partnered with PLUS1 so that $1 per ticket goes to supporting organizations that are working to ensure access to reproductive rights for all.

For over 20 years The Decemberists have been one of the most original, daring, and thrilling American rock bands. Founded in the year 2000 when singer, songwriter, and guitarist Colin Meloy moved from Montana to Portland, Oregon and met bassist Nate Query, keyboardist Jenny Conlee, and guitarist Chris Funk, The Decemberists’ distinctive brand of hyperliterate folk-rock set them apart from the start with the release of their debut EP 5 Songs in 2001. After making their full-length debut with Castaways and Cutouts in 2002, the band signed with Kill Rock Stars for the release of the acclaimed albums Her Majesty the Decemberists (2003) and Picaresque (2005), which was produced by Chris Walla. The 2004 EP The Tain – an 18-minute single-track epic – made the band’s grand creative ambitions clear.

Around this time the band’s permanent line-up fell into place with the arrival of drummer John Moen, and they made the unexpected leap to Capitol Records for their first major label album in 2006. Fans’ concerns of whether the band would alter their trademark sound quickly vanished when they delivered their most ambitious and audacious record to date in The Crane Wife, a song cycle produced by Walla and Tucker Martine (who would become a longtime creative partner) that added elements of ‘70s prog, hard rock and even quasi-disco to their palette. The album was met by wide acclaim from The New York Times, Rolling Stone, SPIN, Stereogum, and was named Best New Music by Pitchfork.

Three years later, The Hazards of Love – a full-length concept album based on Meloy’s idea for a stage musical - was a Top 20 hit. In 2011, they topped themselves yet again with their first #1 album, The King Is Dead, which featured the GRAMMY-nominated song “Down By The Water.” After their 2015 album What A Terrible World, What A Beautiful World, which included the #1 AAA radio hit “Make You Better,” The Decemberists changed up their sound and explored new approaches to making music on their eighth studio album I’ll Be Your Girl (2018) with producer John Congleton. NPR Music wrote “Every band needs to refresh and reconsider its sound sooner or later, no matter how sharp it's gotten over the course of a long career — even The Decemberists, a band whose records have always come bursting with verve... I'll Be Your Girl captures a collaborative spirit that keeps the band sounding vibrant and alive.”

Over the past 20 years The Decemberists have toured the world, performed at countless major festivals, and even founded Travelers’ Rest, a festival of their own curation in Missoula, Montana. The band has appeared on The Simpsons, collaborated with Hamilton’s Lin-Manuel Miranda, and released their own crowd-funded board game Illimat.